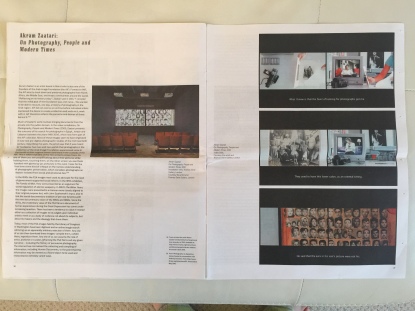 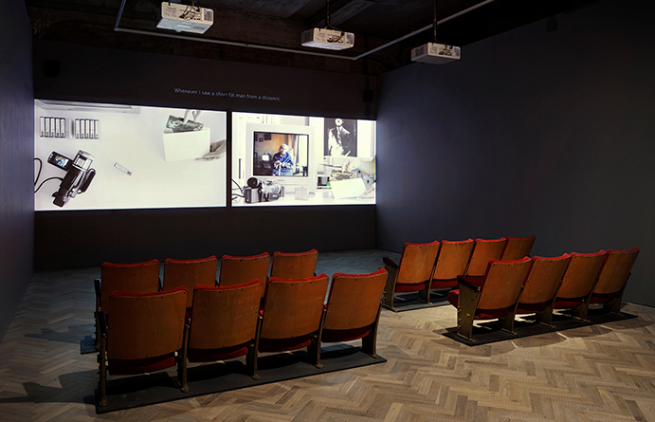 “In his latest exhibition, Akram Zaatari offers a way of reading images collectively by looking at the lives and motivations of the photographers who made them. Assuming the role of curator, the artist selects photographs and materials from the Arab Image Foundation (AIF)—which he co-founded with Walid Raad and others in Beirut in 1997—and exhibits them alongside video recorded testimonies of the photographers themselves.

The project’s primary focus is on the archive of photographer Hashem el Madani, as well as Studio Sheherazade, which el Madani established in 1953 in the Southern Lebanese city of Saida, Zaatari’s hometown. A short interview with the photographer is part of the first installation On Photography People and Modern Times (2010), which includes a two-channel video. On one side, an AIF archivist is filmed in stop-motion as she handles materials from the collection; on the other, the photographers tell the stories behind the images. El Madani, whose father was Sheikh, explains that only after checking that photography was not a sin was he able to support his son’s choice of profession. Other interviewees from Cairo, Alexandria, and Jerusalem discuss their individual relationship to photographic practice: a wedding photographer remembers scolding young brides for letting curls fall across their foreheads, taking the initiative to trim them off himself to better expose their faces to the camera; a snapshot photographer pours through an album of holiday pictures of ships passing along the Suez Canal and the Great Sphinx of Giza; and a collector reveals that the destruction unleashed by the Lebanese Civil War (1975–90) is what inspired him to take pictures and to start his own collection—initially stemming from his discovery of photographer Camille el Kareh’s (1897–1952) early twentieth-century portraits of charismatic Northern Lebanese gang leaders in Zghorta—and has since become an obsession. A quick search on the AIF website brings up images of the smartly booted and mustachioed fighters, as well as el Kareh’s series of fascinating, post-mortuary portraits of Christian families from Zghorta.

The AIF’s clinical environment and the silent, diligent work of the archivist shown on the film installation’s left side appears to be set in direct contrast to the domestic settings and the crowded, pre-digital studios of the people being interviewed on the right. In the comfort of a darkened room, the viewer watches both of these channels while nestled within cinema-style seating. Zaatari’s appeal to our own personal experience of collecting images is what prevents the interviewees’ stories from coming across as completely fictionalized, as if the gallery was actually a cinema for narrative film. While these days, online image archives have come to reflect a more pervasive desire to accumulate imagery rather than a judicious collection of visual artifacts for posterity, Zaatari’s focus on everyday memories reframes powerful accounts of exile and war within the same reality, fragmenting the assumed narrative of a culture overcome by conflict.

In the gallery’s second venue on Duke Street, Zaatari’s comprehensive photographic and video documentation of el Madani’s studio equipment—ranging from pencil stubs, to retouching brushes, to the cardboard boxes where he kept his negatives—feels overdone. Although the artist focuses his attention more generally on his subjects’ drive to photograph throughout most of the exhibition, L’Enlevement (2010), a fifteen-minute video recording of an operational film projector directed at an unseen wall, represents a decidedly slighter gesture and ends up simply fetishizing the equipment. Whereas Zaatari fills vitrines with digital reproductions of the original photographs elsewhere in the gallery—asserting his indifference to the material authenticity of the historical matter itself—these instinctively diverse approaches do help to clarify his double-sided practice as both an artist and curator, even if the leap between these roles is a little bit jarring.

As el Madani and Zaatari both act as dedicated image-makers and collectors, the authorship of all the work on display is (conceptually, if not legally) shared. Life-size portraits from the “Damaged Negatives” series (2012), for example, bare the marks el Madani made by physically scratching the surface of his own negatives. Enlarging and printing these images, Zaatari creates new works from the ones that el Madani almost destroyed, the cursory slashes across them revealing the hand behind the original images. Though revived in this manner, the sitter’s expression in Scratched Portrait of Mrs. Baqari, for example, seems all the more bruised for being defaced by the photographer’s blade. It recalls another work not included in this exhibition, Dance to the End of Love (2011), in which Zaatari edits together YouTube clips of Arab teenagers filming themselves while they perform magic tricks, engage in dance-offs, and “drift” across desert roads in Jeeps miraculously balanced on two wheels. His confidence with these materials is enlivening. When Zaatari describes the objective of his practice as being the desire to “make records for future records,” he casts the archive of Arab histories into a continuous state of becoming.” 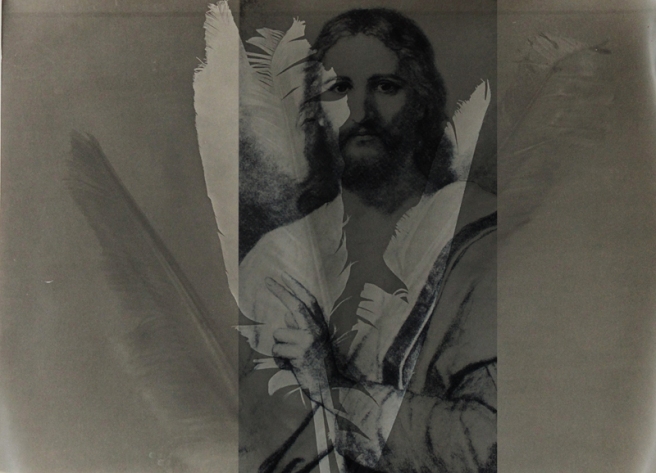 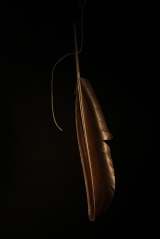 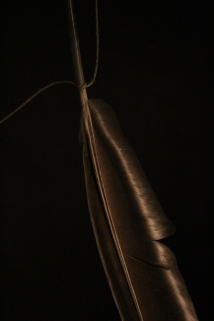 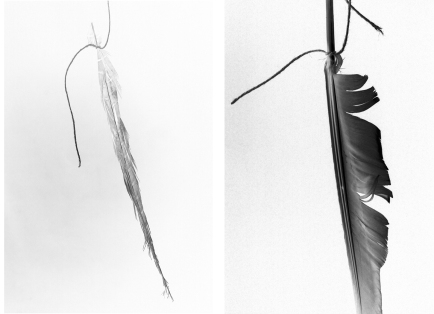 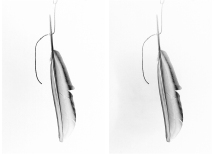 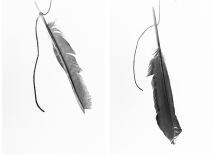 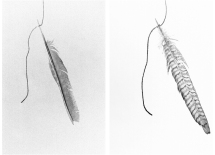 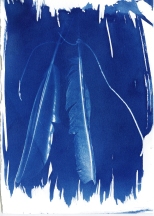 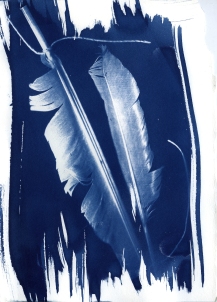 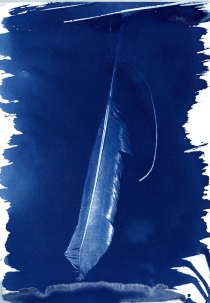 Exported stills from movie (‘Iris’ 2001 biographical movie based on John Bayley’s account of his life with Iris Murdoch) .

The swimming scenes used throughout the movie as metaphor for memories shared. Stills modified to create more graphic (painterly) effect and to reduce noise. 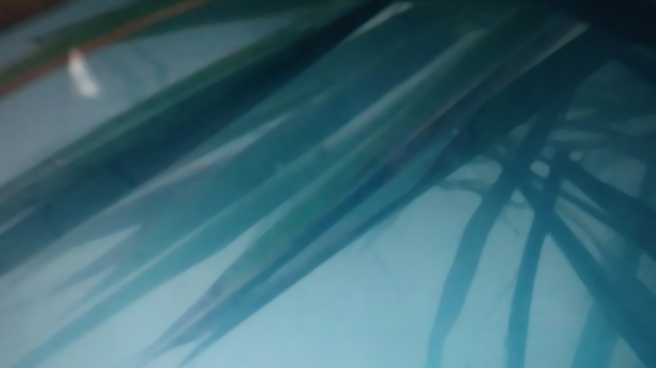